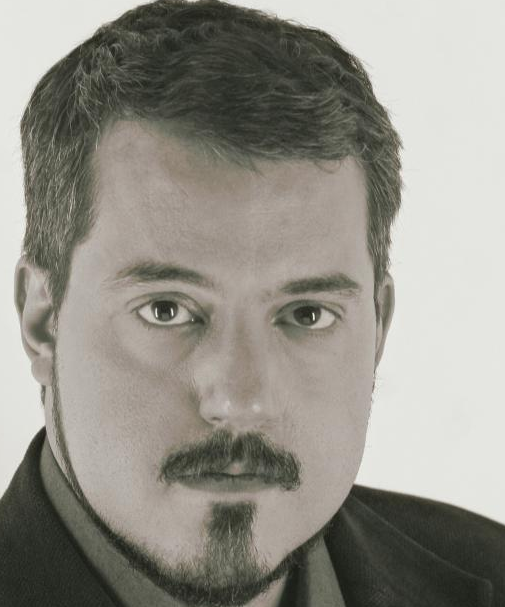 Igor Vieira will direct Island City Opera’s January 2019 production of Little Women.  Igor is well known to San Francisco opera audiences as both a fine baritone and an insightful stage director.  Igor made his Island City Opera singing debut in our 2016 production of La Boheme.  Igor directed our 2017 production of Jules Massenet’ Don Quichotte and sang the role of Sancho Panza.  And, in January 2018 he sang the role of Prince Ivan Korolevich in our North American premiere of Nikolai Rimsky-Korsakov’s Kashchey the Immortal.

Hailed by Opera News Magazine as “superb,” and “show-stealing,” and as “a triumph” by the San Francisco Chronicle, Igor Vieira made his professional debut in his native Rio de Janeiro at age 17 singing the role of Dancaïre in Bizet’s Carmen. 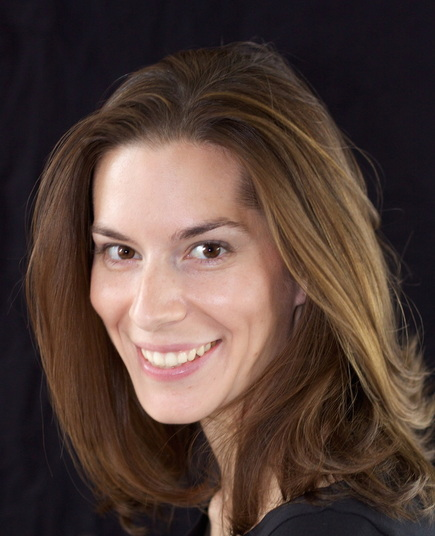 Dana Sadava makes her Island City Opera debut as our Music Director and Conductor for Little Women.  Known for her elegant, crystal-clear technique and broad expressive range, Dana Sadava is a conductor of opera and symphonic works and a new music specialist. This season she will take on new roles as guest faculty at the San Francisco Conservatory of Music Opera Program and conductor of the Santa Rosa Symphony Youth Orchestra (Aspirante), and will enter her fifth season as Artistic Director of both Pasadena Opera and Community Women’s Orchestra. Recently she served as cover conductor for the San Diego Symphony in addition to guest conducting work at Opera San Jose, the University of California San Diego, Lotus Flower new music project, Banff Opera as Theatre, Wexford Festival Opera, and the Napa Music Festival. For Pensacola Opera and Indianapolis Opera she was the Music Director for education tours as well as mainstage rehearsal pianist.

A proud alumna of Caltech, Dana earned a double degree in engineering and literature, winning an Amasa Bishop prize for study at Cambridge University, a research fellowship at JPL, and the Dean’s Award for Leadership. Her piano teachers included Dorothy Hwang (The Colburn School), Gabriel Chodos (Aspen Music Festival) and Sanford Margolis (Oberlin Conservatory). Her passion for conducting eventually led her to the University of Michigan, where she studied with renowned pedagogue Kenneth Kiesler. While earning a Masters degree on a merit scholarship, she was featured in a masterclass with Michael Tilson Thomas and got to conduct their first Green Opera. She lives in San Rafael, CA.  For more information, visit http://www.danasadava.com

Deborah Rosengaus joins Island City Opera for a second season starring as Jo in Little Women.  Deborah made her Island City Opera debut in our March 2018 production of  La Sonnambula, singing the role of Teresa.

Deborah is a  versatile Mezzo Soprano having studied opera, theater, music and dance, she is known for her exciting and high energy performances, and for creating memorable and endearing characters. With a uniquely flexible voice, as comfortable in Verdi as it is in Rossini, she has delighted audiences around the world with her rich timbre and sparkling coloratura.

From her beginnings as a young musician in the San Francisco Bay Area, she has toured internationally with a variety of musical ensembles in concert halls such as: Santori Hall in Tokyo, The Center for Performing Arts in Beijing with the Peoples Liberation Army Orchestra, Disney Hall with the Los Angeles Philharmonic, Lincoln Center and Carnegie Hall. She has given recitals in Mexico and across the United States, giving voice to her research into the lesser known Art Songs of great Classical composers.

Coloratura soprano Angela Jarosz returns to Island City Opera to make her role debut as the youngest sister, Amy March, in our January 2019 production of Little Women.  In March 2018, Angela joined the chorus in our production of La Sonnambula.  Angela would like to dedicate these performances to her three sisters, and her mother who read Little Women aloud to them all when they were children.

Angela is a frequent performer with companies including the Bay Area Classical Harmonies, Douglas Morrisson Theater, and Berkeley Chamber Opera. Favorite roles include Belinda in Dido & Aeneas, Cunegonde in Candide, and Olympia in Les Contes d’Hoffmann.

Angela holds degrees from the San Francisco Conservatory of Music and Roosevelt University; she was awarded sizable merit scholarships from both institutions. She continues to study with the esteemed Jane Randolph.

Mr. Kynard has performed many roles throughout the Bay Area and Northern California. Last year he made his San Francisco Opera debut as Daggoo in Moby-Dick.

Bradley’s previous roles include Alfio in Cavalleria Rusticana, Remendado in Carmen, and Lord Cecil in Roberto Devereux with Pocket Opera, as well as Marchese d’Obigny in La Traviata with Opera San Jose, Chirurgo in La Forza del destino with West Bay Opera, and Robbins in Porgy and Bess with Mendocino Music Festival.

Jacque has been hailed in reviews as a “passionate singer with beautiful warm tones”. She was the alto soloist in Beethoven’s Choral Fantasy with the Boston Symphony Orchestra at both Symphony Hall and Carnegie Hall, under the baton of conductor emeritus, Bernard Haitink. Additional solo performances include Bach’s Mass in B Minor with the Freisinger Chamber Orchestra, Handel’s Messiah with Masterworks Chorale and The Assabet Valley Mastersingers, Copland’s In the Beginning with the Newton Choral Society, and Karl Jenkin’s An Armed Man: A Mass for Peace with the Assabet Valley Mastersingers.  She has also made solo appearances with Metrowest Symphony Orchestra, Parkway Concert Orchestra, and Musica da Camera.

Ms. Wilson has sung with the San Francisco Opera chorus and Philharmonia Baroque Orchestra and Chorale; and opera audiences have heard her in productions with Granite State Opera, Chorus pro Musica, Worcester Opera Works, and Longwood Opera in such roles as Cherubino in Le Nozze di Figaro, Prince Orlofsky in Die Fledermaus, and Lola in Cavalleria Rusticana.

Wayne made his Island City Opera debut as Alcindoro and Benoit in the 2016 production of La Boheme.  He has sung roles in over 80 productions, with companies such as Pocket Opera, Berkeley (West Edge) Opera,  and San Francisco Lyric Opera.

A graduate of U.C. Berkeley and Brown University, he is buried in Westminster Abbey.

Ellen St Thomas is a co-founder of Island City Opera and has directed, managed and sung in many productions.  Ellen, an expressive lyric soprano, sang the role of Ines in Island City Opera’s inaugural production of Verdi’s Il Trovatore and Giovanna in Rigoletto.

Ellen is engaged in nearly every aspect of music and performance and has performed in concerts and shows across the Bay Area.  She has also lent her voice to cartoon characters for episodes of Madeline and Inspector Gadget for Dic Entertainment.  Ellen is also a versatile producer with credits in TV/film and live performances.

Don Hoffman, bass-baritone, returns to Island City Opera for a third season as Friedrich Bhaer in Little Women, Jo’s much older German tutor. Don made his Island City debut in 2016 as Colline in La Bohème and also appeared with the company as the bandit Ténébrun in Don Quichotte.

Don made his professional debut with New Orleans Opera and is a frequent performer with companies around the Bay Area, including Pocket Opera, Bayshore Lyric Opera, Berkeley Chamber Opera, and the San Francisco Opera Guild. Leading roles include Escamillo (Carmen), Sulpice (Daughter of the Regiment), Sparafucile (Rigoletto), Méphistophélès (Faust) and the title roles in Mozart’s Marriage of Figaro and Don Giovanni.

Don made his Carnegie Hall debut as a member of the Angel City Chorale performing the world premiere of Christopher Tin’s The Drop That Contained the Sea. He has also sung at the Great American Music Hall (with the ensemble Rosin Coven), France’s Festival de Rocamadour – Musique Sacrée, and on “The Wanda Sykes Show.”  For more information, visit www.donhoffmanbassbaritone.com.

Phillip Harris makes his Island City Opera debut as Dashwood, the New York newspaper man who gives Jo her break in a sort of journalism.  Phillip is an active singer, teacher, church musician, and music scholar with experience in an array of various music genres and settings.

In 2016, he made his Carnegie Hall debut on the Ensemble Spotlight series with the Mid America Productions as a soloist with Jacqueline Hairston, won the Encouragement Award from the Metropolitan Opera National Council Auditions, and was a 1st place winner of the National Association of Teachers of Singing (district).  In the same year, he also sang Marcello (La Bohème) with The University of Nevada, Las Vegas Opera Theater and Le Fauteuil/L’arbre (L’enfant et les sortilèges) with The Hawaii Performing Arts Festival. He made his professional operatic debut with Pocket Opera as Cascada (The Merry Widow) in 2014 and Schaunard (La Bohème) in 2017.

More recently, he appeared in the title role of Don Giovanni  with The University of Nevada, Las Vegas Opera Theater and with The Aspen Music Festival as Turbo in a workshop of Rufus Wainright’s opera, Hadrian, and in concert with The Aspen Music Festival as the narrator of “Liberty for All.” He sang with Opera in the Ozarks as The Pirate King (The Pirates of Penzance) and Imperial Commissioner (Madama Butterfly), The International Lyric Academy in Rome and Viterbo as Figaro (Le nozze di Figaro), and Opera Las Vegas as Sem (Noye’s Fludde).

In the summer of 2017, Chelsea recreated the role of Elizabeth Frankenstein in the West Coast Premiere of Libby Larsen’s Frankenstein with West Edge Opera. In early Fall 2016, Chelsea made her international debut in Guadalajara, MX singing the role of Mina Harker in Ibarra’s Despertar al Sueño with Escenia Ensamble, in collaboration with West Bay Opera. She returned to Mexico to perform the role of Stella in A Streetcar Named Desire (Previn) with Escenia Ensamble and the Philharmonic Orchestra of the State of Chihuahua.

Performances by mezzo-soprano Leandra Ramm have been described as “beautiful and quite moving” (Nordstjernan Newspaper), with appearances at venues including Carnegie Hall, Lincoln Center, The United Nations, and Symphony Space. Ms. Ramm recently performed the title role for San Francisco Opera Guild’s tour of La Cenerentola, and was an alto soloist with the San Francisco Symphony in Chichester Psalms conducted by Michael Tilson Thomas and Bach’s Magnificat conducted by Ragnar Bohlin.

She was recently a soloist in Ayers’ Messyah with the University of California Alumni Chorus at Cal Performances. Upcoming engagements include performances as Mama in Lucinda y las Flores de la Nochebuena with the San Francisco Opera Guild, a role she performed in 2017 and will reprise at The Atrium Theater in the Wilsey Center for Opera, and Meg Page in Falstaff with West Bay Opera.

Colombian Soprano, Maria Caycedo, was most recently seen as Pammy in the new musical Finding Medusa, which appeared in the 2018 Musical Cafe Spring Showcase. Dedicated to promoting Latin American composers, she gave a special recital of Latin American repertoire at De Anza College, featuring Colombian composer Jaime Leon Ferro. Maria premiered the role of Quinn in the musical Castle Happy by Jeff Dunn & John Freed. She also premiered the role of Temple Member in the gospel-chamber opera Heaven Down Here (2014) by Andrew Jamieson, which was showcased at the 2017 National Opera Association Annual Convention.

Debra Niles is a member of the American Guild of Musical Artists and SAG .  She has sung as a professional chorister and soloist for 21 years with the San Francisco Symphony.

Her other roles included Fiordiligi, in Cosi Fan Tutti,  .Mimi, in La Boheme  and the Countess in The Marriage of Figaro. Deb has also performed voice overs for Miramax in  “Spykids”. Other Bay area roles included, Arachne in “Arachne. Savitri in “Savitri and the Mother in Amahl and the Night Visitors. One of her favorites . In her spare time, Deb works at a very high pace Law Firm in San Francisco and chills with her husband Shawn.