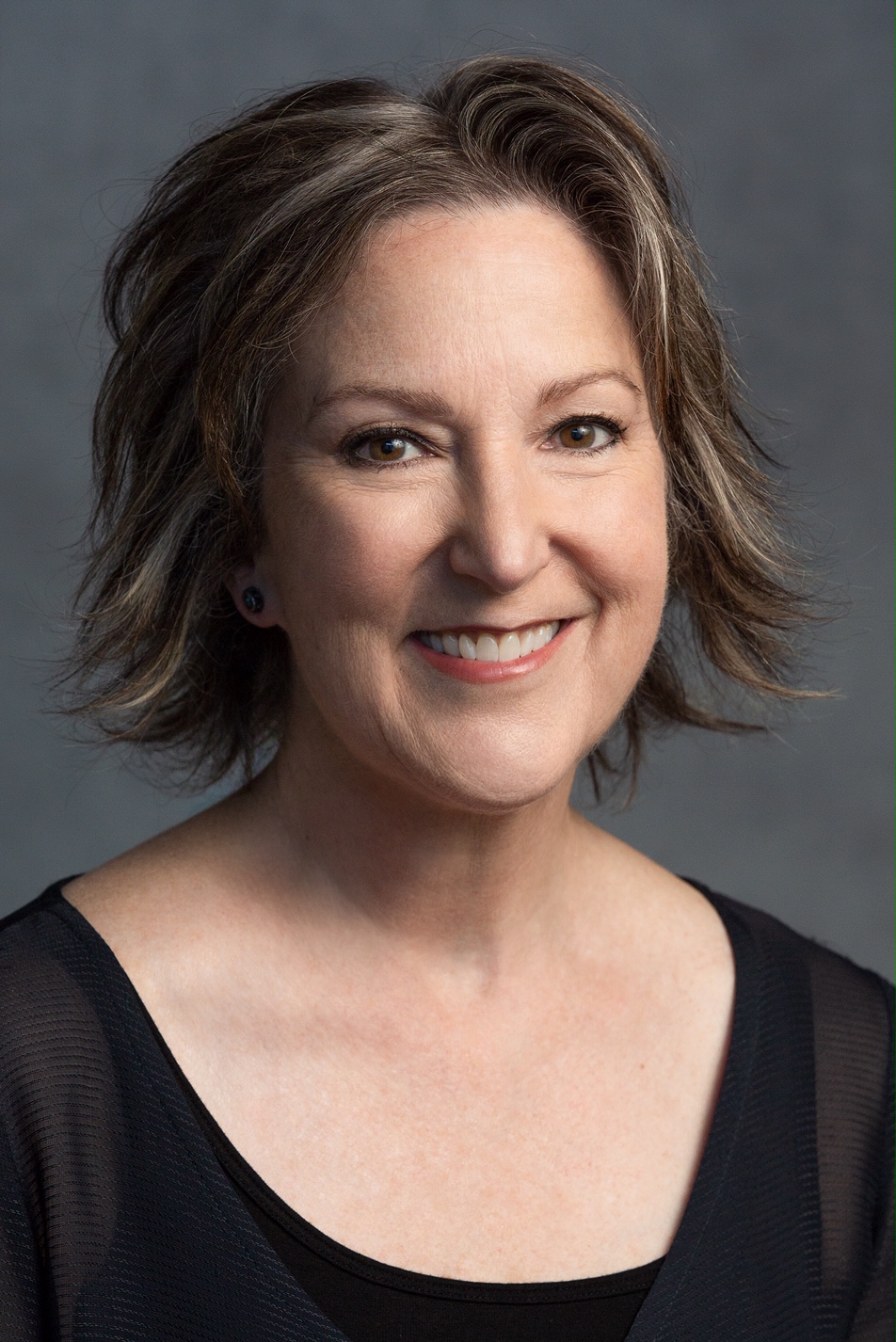 Jane has performed across the United States in two national companies of The Phantom of the Opera and has earned two Bay Area Theatre Critics’ Circle Awards and a Drama-Logue Award for appearances with San Francisco’s Lamplighters.

Jane is a graduate of Dartmouth College and a 2008 graduate of the Certificate Program in Sound, Voice and Music Healing from the California Institute of Integral Studies, where she is currently pursuing a Masters Degree in Integrative Health Studies with Sound Healing Focus. 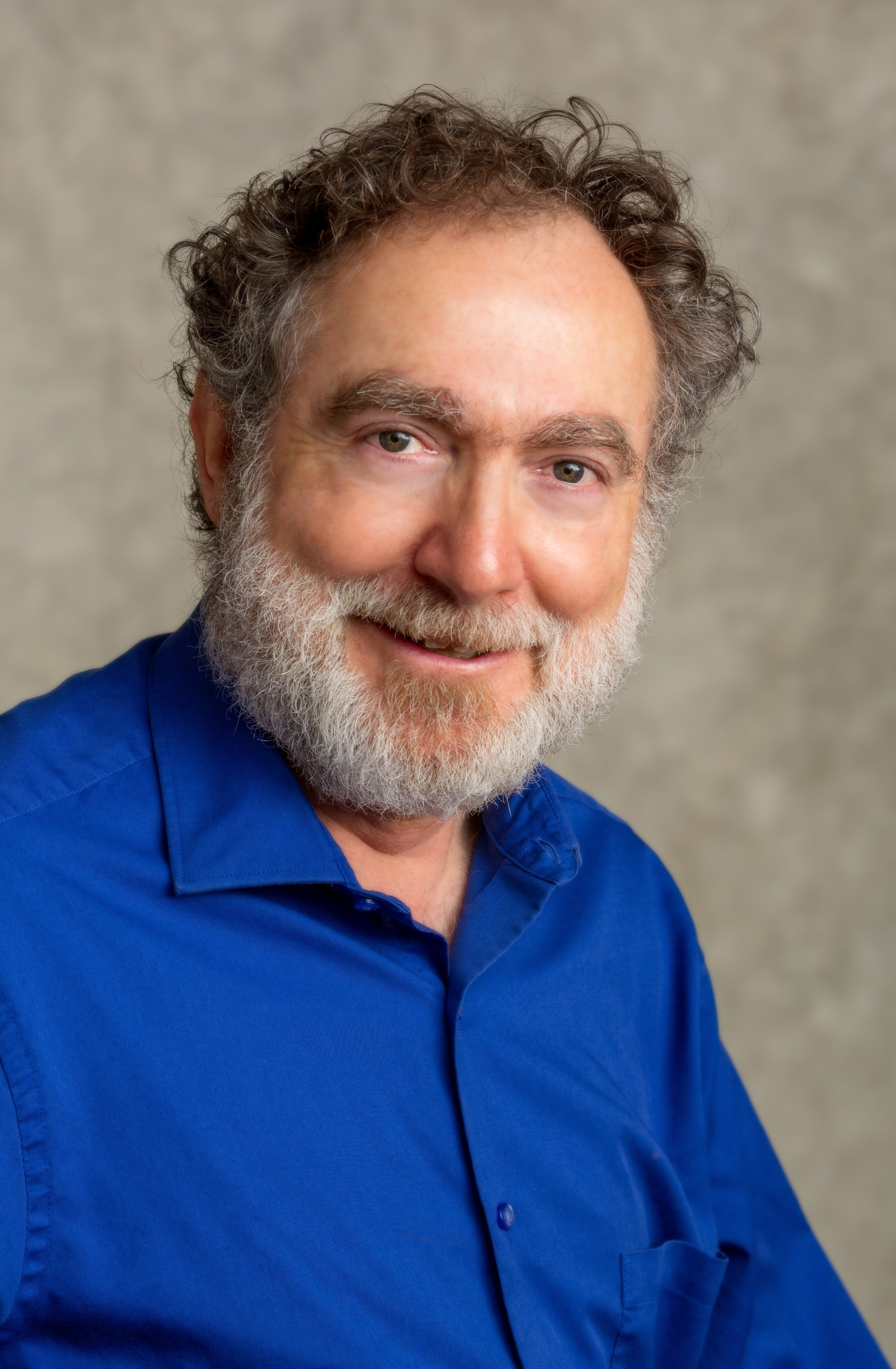 Jonathan Khuner is a well-known conductor in the San Francisco Bay area, where he has spent most of his professional life. A longtime Berkeley resident, he earned degrees in Mathematics and Music from the University of California, and became Music Director for Berkeley Opera (now West Edge Opera) in 1985.  He was Berkeley Opera’s Artistic Director from 1993 to 2009. Khuner has worked as assistant conductor for several decades with the Metropolitan Opera of New York, San Francisco Opera, and Lyric Opera of Chicago, while leading productions with many of the local companies. He is also very active as an opera coach and lecturer.

Khuner has worked internationally as well, for example at the New Israeli Opera, where he was Resident Conductor 1992-93, at the Wagner Festival in Bayreuth Germany (1996). In 2013 he conducted Albania’s first ever Wagner production (Tannhäuser), and in 2016 he conducted Nepal’s first ever domestically produced opera (Arjuna’s Dilemma by Doug Cuomo) in Kathmandu.

Khuner also appears frequently with smaller contemporary performing groups such as Earplay, Sonic Harvest, Empyrean Ensemble, and Left Coast Ensemble. As a recital accompanist he is quite active throughout the area, and will be giving the San Francisco Opera Guild Lectures for Billy Budd in the fall of 2019. 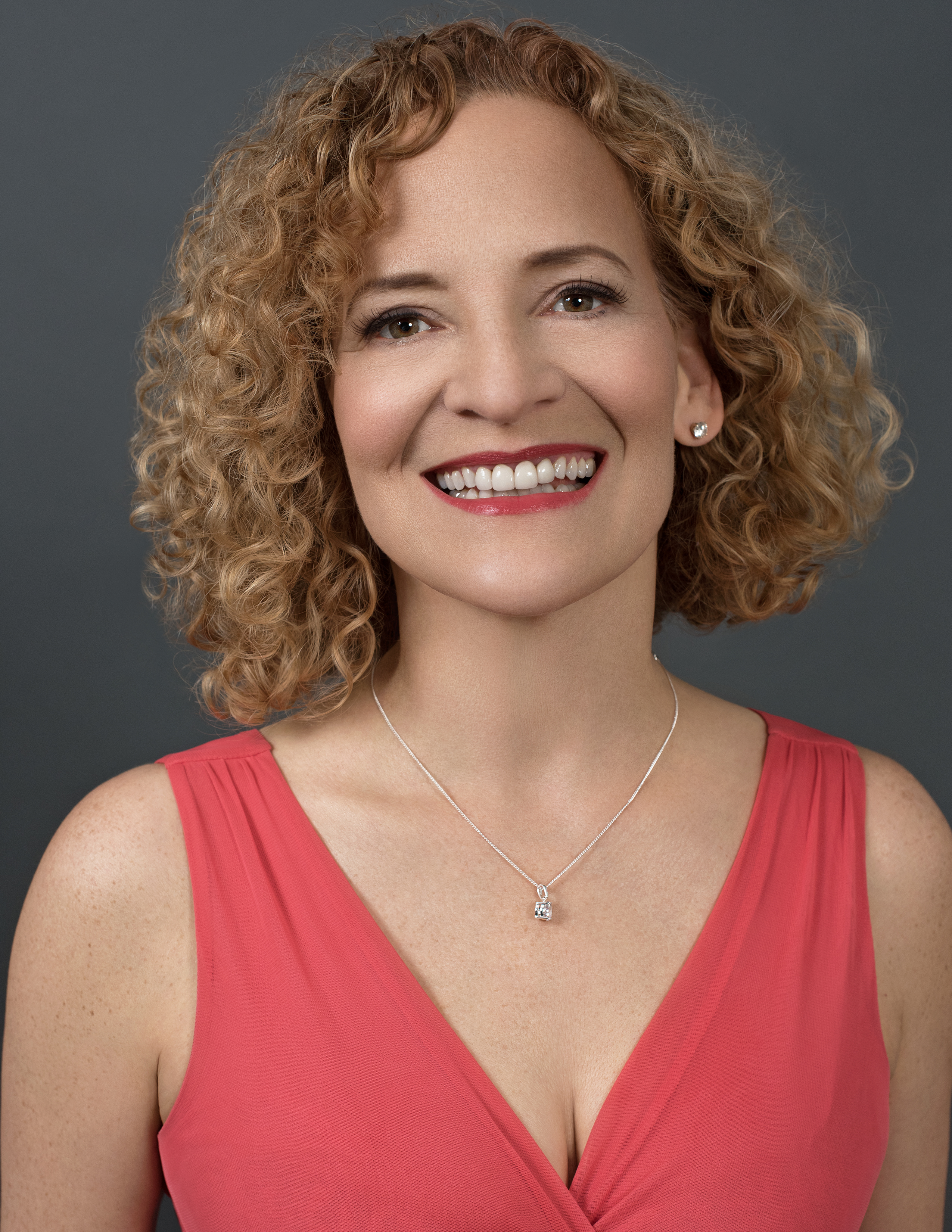 Other favorites among the thirteen operas she has produced with Island City Opera include Lucia in Lucia di Lammermoor, Norina in Don Pasquale, Gilda in Rigoletto, and Mimi in La Boheme. Other roles she has enjoyed include Cunegonde in Candide, Musetta in La Boheme, Frasquita in Carmen, Violetta in La Traviata, and Cio-Cio San in Madama Butterfly.

Eileen recently performed a solo concert on the “Celebrating the Arts” series in Oakland, and will join the Oakland Symphony in May as Anita in West Side Story.  Her recent concert work includes solos in Mahler’s Fourth Symphony, Sir Paul McCartney’s Liverpool Oratorio, and Charpentier’s Midnight Mass for Christmas. Eileen has served as music director for several musicals, and teaches in Alameda. She is grateful to all who make Island City Opera possible. 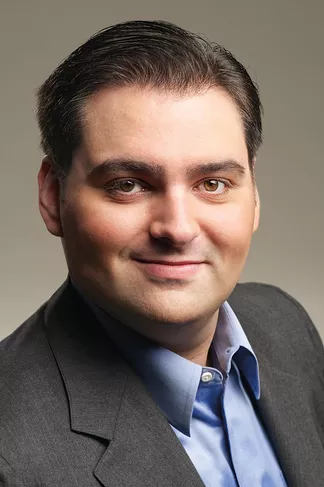 Alex Boyer, tenor, is well known to Island City Opera patrons.  His past performances with ICO include Manrico in Il Trovatore (2014), Edgardo in Lucia di Lammermoor (2015), Rodolfo in La Bohème (2016),  the Duke of Mantua in Rigoletto (2016),  and the title role Kashchey in the 2018 production of Nikolai Rimsky-Korsakov’s Kashchey the Immortal.

Alex has received recognition for his commanding voice and dramatic portrayals of the lyric and spinto tenor repertoire.  Hailed by the San Francisco Chronicle for Festival Opera’s production of Pagliacci, Boyer “mustered a large, potent sound that brought a welcome measure of anguish and dark menace to the role of Canio; his delivery of the famous showpiece ‘Vesti la giubba’ lacked nothing in the way of grit and vocal power.”

Mr. Boyer made his San Francisco Opera debut as El Remendado in 2017 in Carmen. Then as the Abbot in Andrea Chenier the same year.  He has recently performed the roles of Marcello in Leoncavallo’s La Bohème and Alwa in Lulu with West Edge Opera, Lt. B.F. Pinkerton in Madama Butterfly with Livermore Valley Opera, and, Lensky in Eugene Onegin with Opera Idaho. During his residency at Opera San Jose from 2008 through 2013, Boyer performed the roles of Nadir in The Pearl Fishers, Eisenstein in Die Fledermaus, and Rinuccio in Gianni Schicchi. He has participated in the Merola Opera Program (2007) and Santa Fe Opera’s Apprenticeship Program for Singers.  Other recent engagements include covering the roles of Pollione in Norma, Pinkerton in Madama Butterfly, and Ahab in Moby Dick with the Dallas Opera.  As a resident principal artist with Opera San José, he performed Manrico in Il trovatore, Rinuccio in Gianni Schicchi, Canio in Pagliacci, the title role in Faust, Cavaradossi in Tosca, the title role in Idomeneo, and many others. He is an alumnus of the Merola Opera Program, the Santa Fe Opera Apprentice Program for Singers, and is a recipient of the Mario Lanza Scholarship Award. A New York native, Boyer holds degrees from Boston University and Manhattan School of Music. 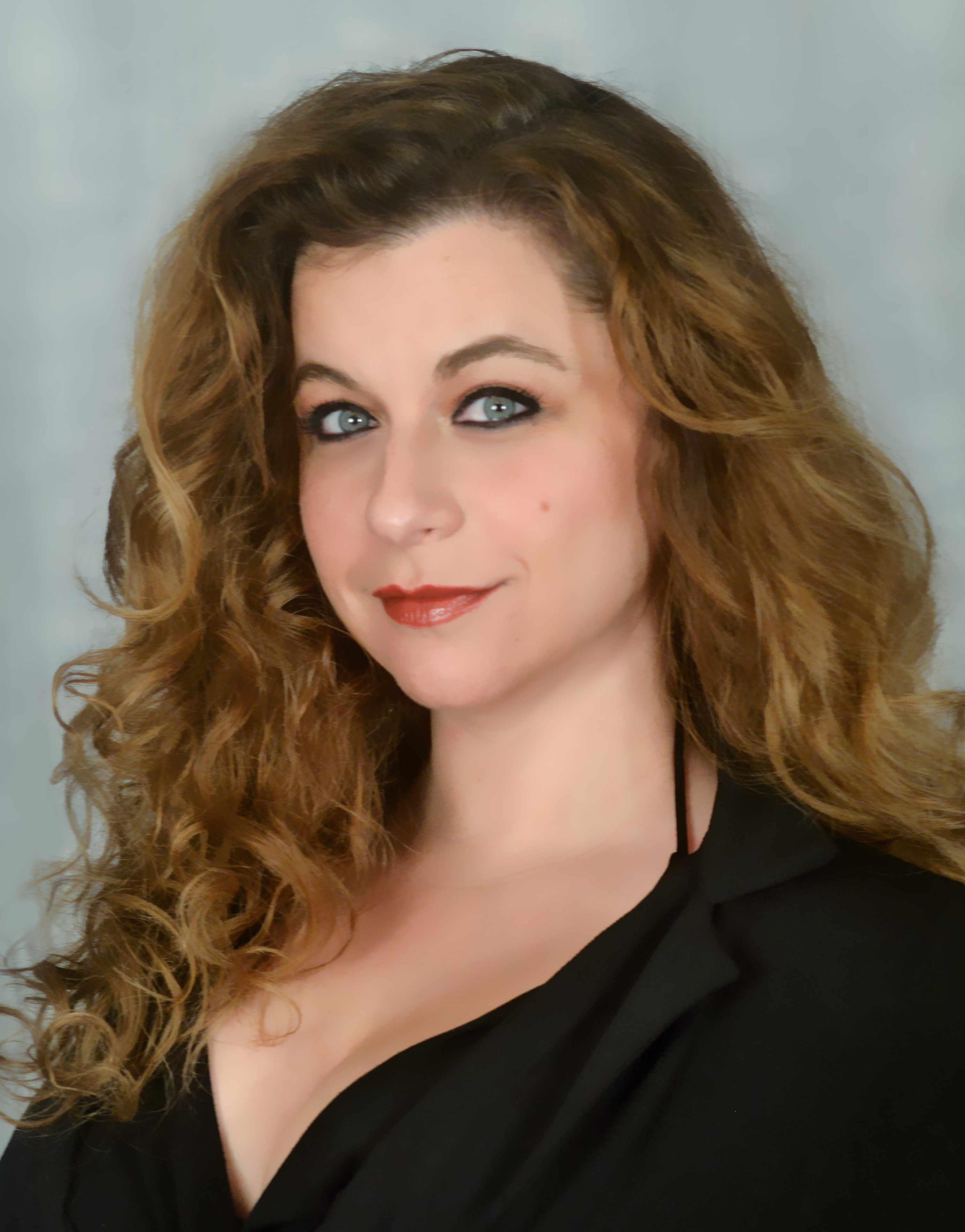 Elisabeth Russ, soprano, makes her Island City Opera debut as Lisette, Magda’s maid with definitive views on love and romance and an eye for Prunier the poet.

Elisabeth has been described by critics as possessing “a hauntingly pure voice” (Opera News), “a true soubrette in voice and manner” (Opera News Online edition), “a natural comedian with a subtle theatrical intelligence” (Star-Ledger), and “singing with a bright, fluent, well-trained soprano” (Boston Globe). She made her professional solo operatic debut at the age of twelve and has enjoyed performing ever since. Elisabeth received her Bachelor’s Degree in Vocal Performance from Oberlin Conservatory, and her Masters from Boston University. She has subsequently appeared with many companies throughout the United States, including Boston Lyric Opera, Opera New Jersey, Opera San Jose, and Utah Festival Opera. Favorite roles performed include Susanna in Le Nozze di Figaro, Norina in Don Pasquale, Polly in Threepenny Opera, Cunegonde in Candide, and Adele in Die Fledermaus. Elisabeth recently completed coursework to obtain a Masters of Science in occupational therapy. She looks forward to continuing her singing pursuits while sharing her love of music with clients who have chronic physical and/or mental disabilities. 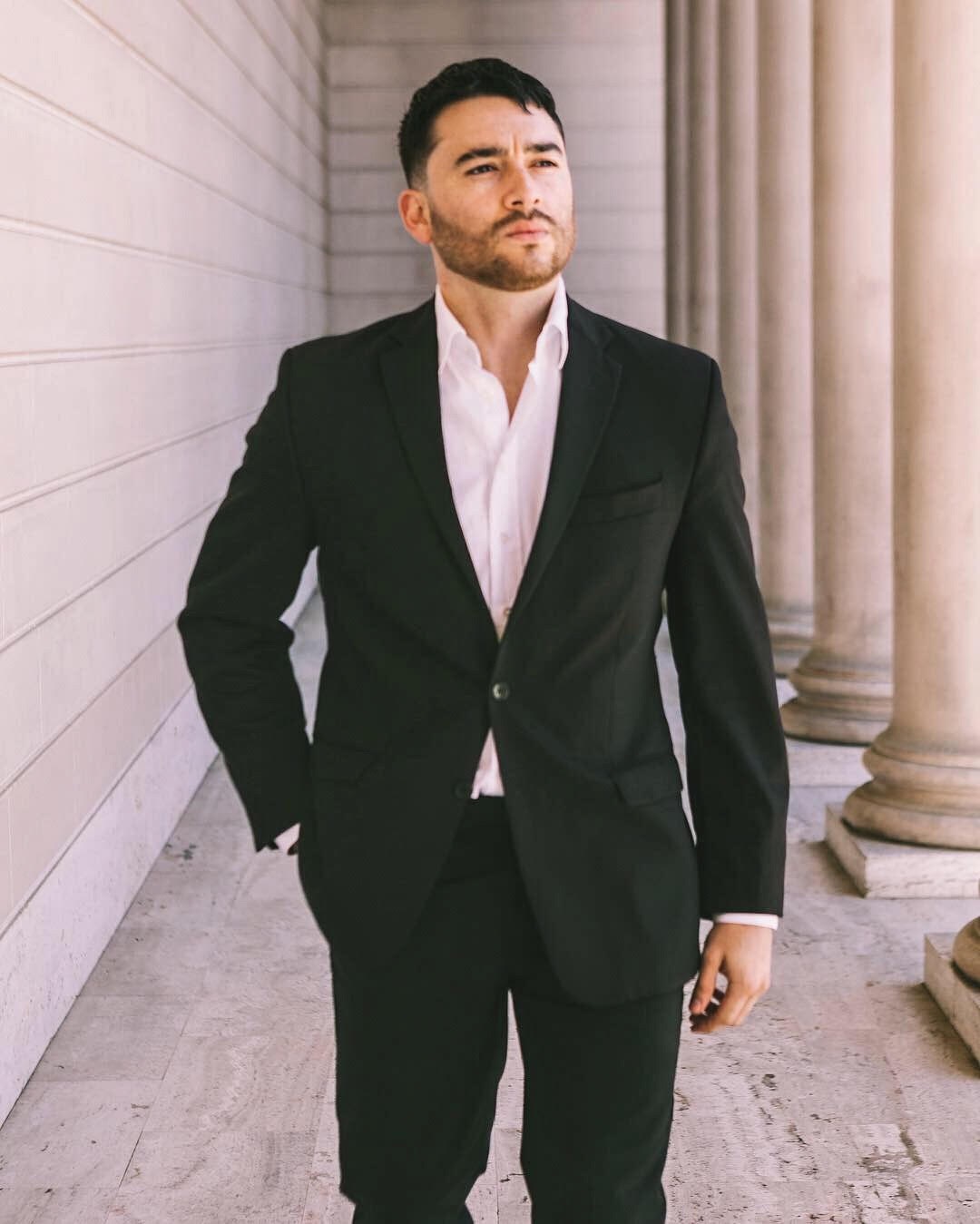 Sergio Gonzalez, tenor, joins Island City Opera for another season to sing the roles of Laurie, Jo’s spurned suitor, in Little Women and Prunier, the worldly philosopher of La Rondine.

Sergio received his Master’s degree at the SF Conservatory of Music. 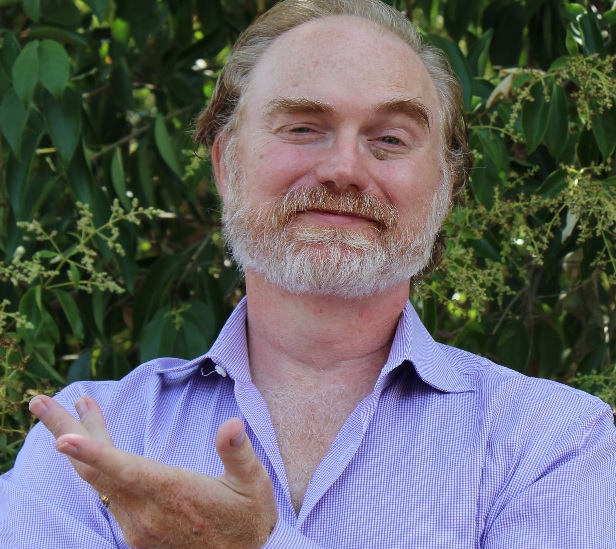 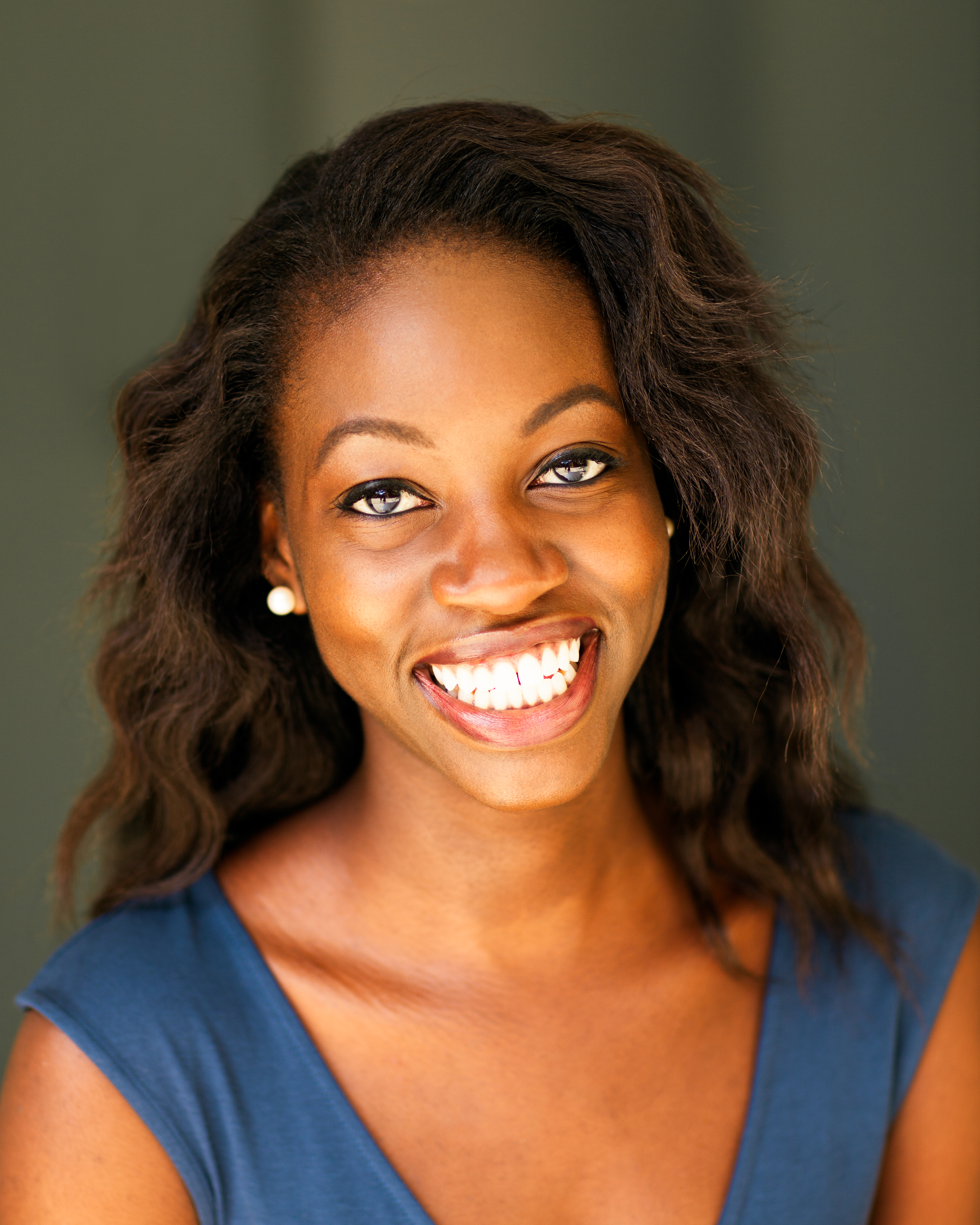 Soprano, Christabel Nunoo (24) obtained her Bachelor of Music from the University of Michigan School of Music, Theatre, & Dance. As a former member of the Young Musicians Choral Orchestra, Christabel made her solo debut in 2012 with the Oakland Symphony at the Target Independence Day Celebration. She appeared with the Oakland Symphony again in A Celebration of the Music of Dave Brubeck performing alongside Frederica von Stade and Chris Brubeck. Christabel also sang with Frederica von Stade and the San Francisco Opera Orchestra for a benefit for victims of the Napa Fires and Hurricane Harvey last November. Christabel first sang with Island City Opera in their production of Don Quixote. She most recently appeared with Opera Parallèle debuting the lead role of Modesty in a world premiere of the children’s opera Harriet’s Spirit by Marcus Shelby. Christabel owes her passion and dedication for the arts to her mother who always pushed her to find her niche in life.